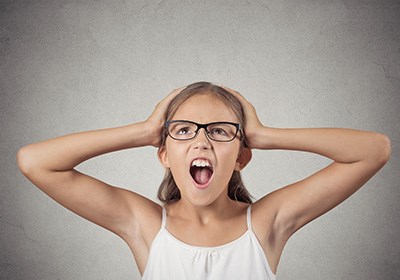 Attention Deficit / Hyperactivity Disorder (ADHD) develops in a person during their childhood years and has the potential to continue through the teen and adult years. A person diagnosed with ADHD will likely be one of three subtypes: predominantly hyperactive-impulsive, predominantly inattentive, or combined hyperactive-impulsive and inattentive.

Scientists continue to research the exact causes of ADHD, but many strong theories exist. Genetics are thought to play a large role in the development of the disorder. Scientists also believe that the environment can trigger it. Specifically, if a mother smokes while pregnant, a child has a higher likelihood of developing the disorder. High levels of lead exposure during a child’s pre-school years can also trigger AHDH. In addition, studies have observed a small number of children with brain injuries suffering from the disorder.

Although many parents believe the levels of sugar and food additives can trigger ADHD there is no scientific proof that this is true.

All children, at some point, lack attention span, are hyperactive and act impulsively. It is when your child acts like this all the time, you begin to suspect there is a problem. The golden rule is six months. If your child has the symptoms above for six months or more and he seems to be getting worse, call Horizon’s Child and Family Services. Not sure? Below is a more comphrehensive list of symptoms.

According to the National Institutes of Mental Health, the average age of ADHD onset is seven years old but often times, it goes undiagnosed until the teen years. Nine percent of teenagers between the ages of 13 and 18 have ADHD but you will find boys have it more often. They are four times more likely than girls to get the disorder. In adulthood, roughly 4% of the population is affected.

If you suspect you or your child may have ADHD, contact Horizon for a complete screening and evaluation. There are several treatments that can minimize the effects of the disorder and enable you or your child to function successfully.

Prescribed stimulants have been shown to have a calming effect on children diagnosed with ADHD. These drugs can reduce the hyperactivity and impulsivity associated with the disorder. If prescribed, your child must be closely monitored by you and a psychiatrist to make sure this treatment is working appropriately. If effective, stimulants can improve your child’s focus which in turn, will positively impact his ability to work and learn.

There can be side effects with stimulants such as decreased appetite and trouble sleeping. Less common are side effects that cause a tic or personality change. It’s important to let your psychiatrist know if you observe this type of behavior. The medication can likely be adjusted to get rid of these issues.

Behavioral therapy is commonly prescribed to decrease a child’s ADHD symptoms and change his behavior. During therapy sessions children will learn coping skills like organizing tasks and completing schoolwork. Additionally, therapy teaches children with ADHD how to monitor their behavior. The children gain social skills and learn how to read facial expressions and tone of voice in order to respond appropriately.

Parents will be involved in this therapeutic treatment as well. They learn how to appropriately respond to the behavior of their children. Relaxing activities can also help to reduce the symptoms of ADHD. Therapists can teach parents how to facilitate such activities.

Family therapy can also help children with ADHD, their siblings and their parents communicate about the issue and learn to manage it together. In the same vein, group therapy can give parents and children an outlet to vent frustration, learn tips from peers going through the same issues and celebrate accomplishments.