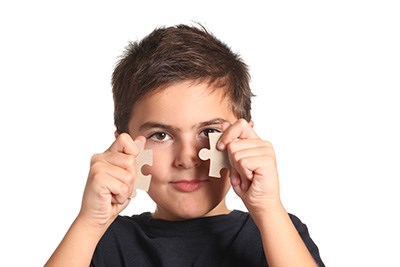 Thanks to the strong publicity and advocacy of autism organizations, most people know the basics about the disorder. Technically, autism involves a spectrum of complex neurodevelopment disorders. The most severe form is typically referred to as classical Autism Spectrum Disorder (ASD). Some of the more mild forms are Asperger's Syndrome and Pervasive Developmental Disorder (PDD).

In general, autism does not discriminate. It affects all age groups, ethnicities and socioeconomic groups. Common symptoms include lack of social skills, difficulty communicating and restrictive or repetitive speech patterns. Autism disorder is more common than you might think. One out of every 88 eight year olds is diagnosed with it. Boys are four times more likely to develop it.

Studies as to what causes autism are ongoing, but scientists believe in many cases, it has to do with brain development. Research shows several irregularities in the brain of a child diagnosed with autism. In addition, abnormal levels of serotonin and other neurotransmitters are prevalent. Research also suggests that there is a disruption in brain development in utero that can cause a child to develop autism.

Keep in mind that all of these theories need further study but some are much more credible than others. Most scientists believe that there is a genetic predisposition to autism. Parenting style has nothing to do with your child developinng the disorder.

If you suspect your child has autism, call Horizon to schedule a comprehensive evaluation. Our team will do a series of tests to determine a diagnosis and treatment. The team includes a psychologist, neurologist, psychiatrist and a speech therapist. A thorough neurological assessment is also recommended, as well as cognitive and language testing.

There are no proven risk factors. Scientists theorize that if autism runs in your family, your child may have a higher likelihood of developing the disorder. In the meantime, they continue to study autism to determine how and why certain people end up with it.

A cure is very hard to determine without a root cause. There are, however, therapies and behavioral interventions that help rid people of some of the symptoms. Individualized treatment plans are created by the child's behavioral health team. These plans can include educational and behavioral interventions such as intensive skill-oriented training to develop social and language skills. Family counseling can also help parents and siblings cope with the effects of autism.

Medication can help with specific symptoms that can appear with some forms of the disorder, like anxiety, depression and obsessive-compulsive disorder.

Other forms of therapy exist but they are controversial and not supported by scientific studies. If you choose an alternative therapy, please use extreme caution.

If you suspect that your child has autism please call Horizon to set up an evaluation at 434-477-5000.