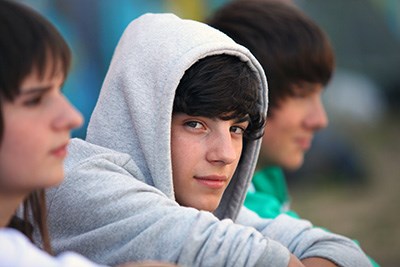 We’ve all heard the tale of the terrible two's.  We've all experienced a "moody" teenager. But if you notice that your child is not acting like other children his age and hasn’t grown out of a particularly “defiant phase,” it may be time to seek help. Oppositional Defiant Disorder (ODD) is often diagnosed when a child is consistently disobedient and hostile to authority figures for more than six months. The onset of this pattern of behavior is typically on or before 8 years old, but begins no later than adolescents.

Scientists believe there are combinations of biological, psychological and social factors that may cause ODD. A child whose family has a history of ADHD, substance use disorder or mood disorders is more likely to be diagnosed with ODD. Environmentally speaking, a child that is deprived of structure, has no parental supervision, has parents that practice inconsistent discipline or is exposed to community violence also tends to be more prone to the disorder.

The following is a list of symptoms that could indicate ODD. Keep in mind that these symptoms must be in place for a minimum of six months and must be noticeably more pronounced than normal childhood behavior. If your child has true ODD, he is probably experiencing significant problems in school or social activities as well.

Your child may be suffering from Oppositional Defiant Disorder if he/she:

Scientists have found that ODD is more common in boys. Some studies say it affects 20% of school aged children, but most researchers disagree. They believe that statistic is far too high.

An individualized treatment plan is the best course of action for a child diagnosed with ODD and his family. This plan will likely include individual and family therapy as well as work with the child’s teacher and school.  Once a plan is in place it must be executed for the recommended amount of time to be effective.

At Horizon, all treatments are specific to the child’s problems, behaviorally based, age appropriate and focused on gaining problem-solving skills.

If you are a parent and you believe your child may have Oppositional Defiant Disorder call Horizon today at (434) 477-5000.