In Honor of Martin Luther King Jr. Day, all Horizon Wellness Centers and offices will be closed on Monday, January 17th, 2022. Residential programs that prove 24/7 services will continue to operate without disruption. 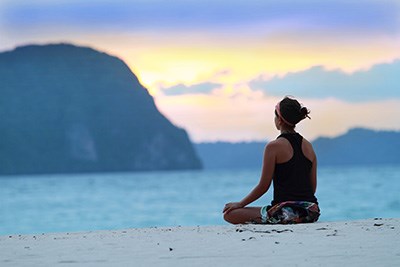 A moment of panic can stop you in your tracks. But when those moments become frequent and are accompanied with physical symptoms, it might be time to seek help. Panic disorder is a repeated and sudden fear of losing control or disaster. These “panic attacks” come on suddenly and without warning. Physically, you may feel like you are having a heart attack. Most people suffering from panic disorder live in fear of the next attack. The disorder can be so paralyzing that it can affect school and work.

Scientists have found that panic disorders can be genetic. Beyond that, not much is definitively known. Researchers are continuing to study brain chemistry, specifically the parts that trigger fear and anxiety. These studies will lead to better treatment in the future. In addition, scientists believe that stress and environmental factors also play a part in this disorder.

Signs of panic disorder include:

Symptoms  of panic disorder include:

Although women are twice as likely to have panic disorder than men, there are six million adults affected with the disorder in this country. Scientists believe there is a genetic link. Most people who suffer with panic disorder first discover symptoms in their late teens or early twenties. Thankfully, not everyone that has an attack has the disorder. Some people experience a single panic attack and never have another one in their lifetime.

Psychotherapy and medication can alleviate the symptoms of panic disorder. The correct combination or method of treatment is very individualized and must be determined by you and your doctor.

When it comes to psychotherapy, the most common treatment is cognitive behavioral therapy. It helps people with the disorder think, behave and act in ways that will alleviate their symptoms.

Medication can be a good supplement to psychotherapy. Antianxiety and antidepressants are the most commonly prescribed types of medication. Although fast-acting, anti-anxiety medications are powerful and should not be used for long periods of time. On the other hand, antidepressants may take several weeks to work, but can be a better long-term treatment. Side effects can include headache, nausea and difficulty sleeping, but starting with a low dose can minimize the risk of side effects. With all medicines it is important to keep in constant contact with your doctor to monitor both your symptoms and the effectiveness of the medication.

If you suspect that you or a loved one are suffering from panic disorder call Horizon today (434) 477-5000.