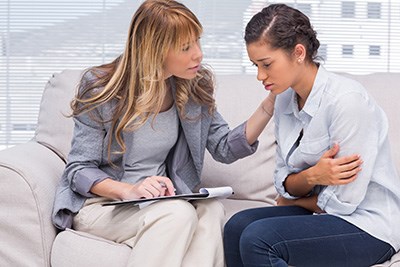 Eating disorders have been studied by scientists for years. Now, they are using technology to better understand the genetic and biological factors they believe are at play behind this illness. It is also thought that behavioral, psychological and social factors contribute to the severity of this genre of illness.

Scientists theorize that certain genetic combinations create people who are more prone to having eating disorders. Studies addressing this theory continue to take place to try and pinpoint DNA variations linked to the risk. Researchers are also studying brain patterns using neuroimaging to better understand the disorder and to better treat it as well.

In general, the root causes of eating disorders are still being closely examined to determine the best course of action for people suffering from these illnesses. Scientists are working around the clock to gain a better understanding of the risk factors and to identify biological markers in order to develop more specific psychotherapies and medications.

Other generalized symptoms include:

Bulimia Nervosa can be hard to catch at first because clients usually maintain a normal weight. But, they have a hidden fear of gaining weight. They secretly binge eat and then force themselves to throw up. This binge/ purge cycle is done anywhere from several times a day to several times a week. Just like anorexia, people with bulimia exercise excessively and use laxatives or diuretics. They also have a tendency to fast.

Other physical symptoms include:

A person who simply binge eats on a regular basis likely has an eating disorder as well. These people are often overweight or obese, putting themselves at higher risk for cardiovascular disease and high blood pressure. As with the other two eating disorders, binge eating is cyclical. The guilt and shame from binge eating can lead to another round of binging.

These disorders frequently appear first during a person’s teen years or young adulthood. Contrary to popular belief men can suffer from eating disorders as well. Men are just less likely to be diagnosed.

The foundation for good treatment is adequate nutrition, reducing excessive exercise and stopping any purging behavior. For all three types of eating disorder, the basic treatment is the same. All people suffering from one of these illnesses should take part in therapy (individual and group are both recommended). In addition, this type of illness can cause severe physical issues so medical care and monitoring is essential. Nutritional counseling will help to encourage and teach healthy habits for maintaining a good weight. And, many times, medication (antidepressants, antipsychotics and mood stabilizers) can help alleviate some of the mental health symptoms involved with certain disorders.

If you suspect that you or someone you love is suffering from an eating disorder call Horizon today at (434) 477-5000.