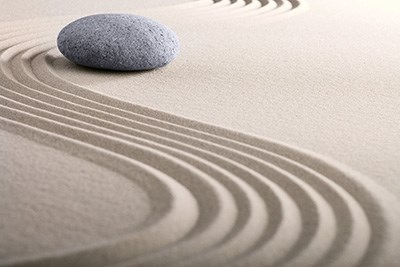 We can all get a little obsessive over certain chores, issues or thoughts. But when does it really become a problem? When does that small obsession turn into a mental health disorder? The answer; when it disrupts your daily life. When your thoughts and rituals cause you extreme anxiety, it is time to seek help.

People diagnosed with Obsessive Compulsive Disorder (OCD) have an uncontrollable, daily urge to repeat certain unnecessary behaviors and/or rituals. These rituals can include repeatedly checking things, touching things in a particular sequence and being preoccupied by order and symmetry. If your obsessions are distressing and interfere with your daily life, then it’s time to seek help.

Although there are hints of a genetic link, scientists are still trying to find out why and how some people are more prone to OCD than others. There are several parts of the brain that deal with fear and anxiety. By studying the brain, scientists hope to determine better courses of treatment. It is also believed that stress and a person’s environment are contributing factors.

Symptoms of Obsessive Compulsive Disorder include the following:

Roughly 2.2 million Americans are suffering from some form of Obsessive Compulsive Disorder. One third of those people developed OCD as children. Typically, a person begins to show signs of the illness in childhood, their teen years or early in adulthood. Men and women have an equal likelihood of developing the illness. Research, however, indicates that OCD runs in families.

Psychotherapy, specifically cognitive behavioral therapy, has proven itself to be very effective in combating the symptoms of Obsessive Compulsive Disorder. This type of therapy teaches people suffering with the disorder a new way of thinking, reacting and behaving. Cognitive behavioral therapy helps with anxiety and the fear that comes with uncontrollable impulses caused by OCD.

Medication can also be an effective measure of controlling OCD symptoms. Antianxiety and antidepressants are the most commonly prescribed medications. Antianxiety drugs typically have an immediate effect on symptoms but, due to their strength, shouldn’t be used for long periods of time. Antidepressants, on the other hand, may take several weeks to be effective but can be used for a longer period of time. Sometimes, this type of medication can cause side effects like headaches, nausea and difficulty sleeping. But these side effects can be controlled with help from your doctor.

It is important that patients with OCD work with their doctor to determine the best course of treatment for their symptoms. Some people can manage their OCD with psychotherapy alone. Others find medication to be the most effective route. Still others find their best option is a combination of the two.